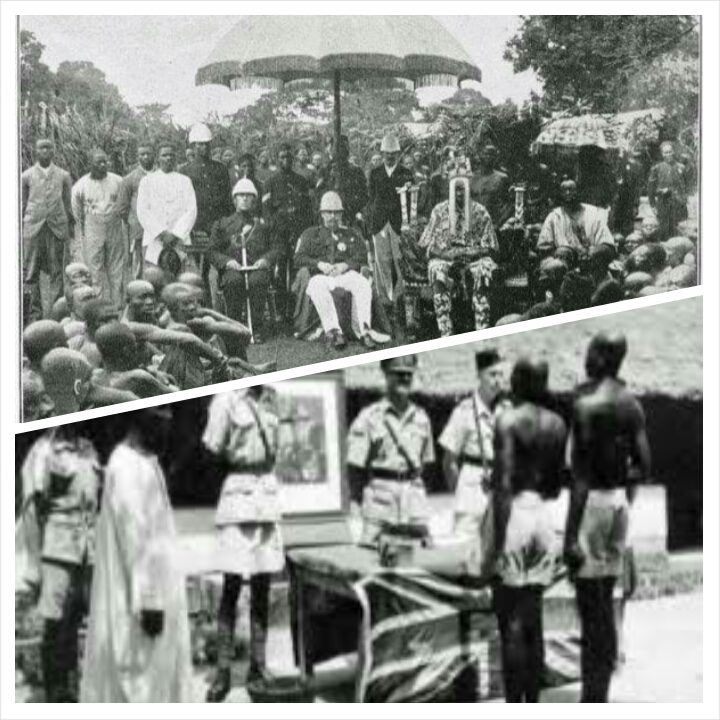 Between 1849 and 1906, West African territories had been occupied by European powers, who subjected the peoples to a new type of administration. This was the resultant effect of the ‘Partition of West Africa.’

The British empire, by the Berlin Conference, took Nigeria as a colony (1). During this period,  Nigeria had both good and bad experiences in terms of treatment from her colonial overlord.

This made the indigenous chiefs directly responsible to the British colonial government. “The British officials in Nigeria formulated and enforced policies and laws through the traditional rulers who only served as intermediaries between the people and the British government”

By this system, the day-to-day governance, administration of this area was theoretically left in the hands of traditional rulers, who gained prestige, and the stability and protection afforded by the Pax Britannica (2).

The popular figure behind the successful application of the indirect rule system in Nigeria was Lord Lugard, due to his experience in other colonies, especially in Asia.

The conquest of Nigeria, and Africa entirely was not without resistance. There were many reasons for the successful, and unsuccessful applications of the indirect rule system in different parts of Nigeria. The existed system-a centralized political institution- in Hausaland led them to the hand of the British indirect rule.

The Sokoto Caliphate, the major impact of the 1804 Jihad, had already politically united the Hausas starting from the19th century. And therefore the colonial master found it easy to use the existing system to govern the people through the office of Native Authority practice  (local chiefs).

It was also successful in the Southern part of Nigeria because of the Yoruba’s monarchical system. However, it was a total failure in the east because of the Igbo’s acephalous society.

Features of the Indirect Rule

According to Lugard, Indirect Rule was a political doctrine that held that the Europeans and Africans were culturally different to this extent, Africans had to be ruled through the Africans own institution (3).

Notably, this system in a long run shattered the indigenous system of administration. “To prevent any united opposition to its authority, the British adopted a divide-and-rule policy, keeping Nigerian groups separate from one another as much as possible”

The system excluded the educated elite, led to the imposition of an obnoxious taxation system and made the traditional rulers despotic. The colonial officials were able to exploit the people’s natural resources and infiltrate their cultural practices, in the name of civilization.

The system had no worth for Africa generally. The administration was being dictated from Britain, and this in the long run made Nigeria, and Africa generally, subservient and underdeveloped beside her European counterpart. Summarily, colonization is a major factor that set the basis for African underdevelopment.