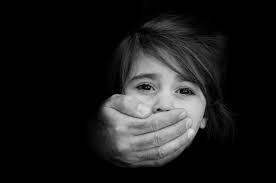 Human trafficking is a criminal act in which people are recruited, harboured, transported, bought or kidnapped to serve an exploitative purpose, such as sexual slavery, forced labour, or child soldiery.

Human trafficking is a situation whereby people, either male or female, aged or youths are confusingly taken, harboured, and transported from one country to another who are persuaded and hoodwinked to be given efficient jobs. They are tricked to be given employment.

It is conspicuous that the rate at which human trafficking is growing in this present generation has reached its peak. Human trafficking has eaten deep in our system that the less privileged are easily swayed away by it. The percentage at which people fall victims is staggeringly overwhelming.

Some people are being coerced by a coercive leader or authority to be a victim of any incidence or being forced to do a particular thing, this is another form of human trafficking.

With the aim of looking for a job, people strive to move out of the country so as to get one, but it is doleful and discontented that they are being enslaved and subserviated to do what they are not satisfied with.

The concept of human trafficking started as a juridical discourse in 19th century which later emerged with great force in the late 20th century.

To look critically at the evolution of human trafficking, the earliest form of global trafficking began with the African slave trade. Research has shown that human trafficking has its birth with the unfortunate slave trades- both trans-Saharan and trans-Atlantic slave trade that ravaged African developments in all ramifications. After the first law by the British government in 1807 against slavery, the inhumane trade secured itself an illegal image.

The trade was both legal and government-tolerated before it later turned illegal through how it was being practised, especially some atrocities attached to it.

For an instance, millions of Africans were forcefully enslaved, and also this era created disunity and a series of civil wars. Following the law of the British, the United States banned slavery in 1820, over 40 years before the American civil war. It was in 1904 that the international agreement on human trafficking was signed for the suppression of “White slave Traffic”

Human trafficking has started in Nigeria since the 1900s when women and children are transported for sex trafficking which metamorphosed into political issues in early 1902.

It is pivotal to note that human trafficking started as sex trafficking when the women and children were being transported and harboured for sex.

In an attempt to curb this, the international agreement for the suppression of the white slave traffic was drafted in 1902, with the aim of preventing the procuration of women and girls for immoral practices abroad. That is the first attempt to wage war against human trafficking (sex trafficking) in Nigeria.

Every individual is entitled to respect for the dignity of his person, and accordingly: (a) no person shall be subject to torture or to inhuman or degrading treatment.” This shows how the Constitution is seriously against the practice of human trafficking, hence it is a criminal act before the law.

It is distasteful and disheartening that those women who fell victim to this inhumane practice would have been promised good jobs. Some were sold out by their relatives for money without being apprised.

Glaringly, some men propose pretentiously to the victim and promise to marry them until they transport them to the place and sell them out for money and are later used for sex work.

The victim with no way out or getting endangered when making attempt to accept their fate since they are constrained to do the job and have feelings of consternation.

Certainly, human trafficking is never restricted to sex trafficking alone, but it is also applicable to the harbouring of people for the slave trade. It is unpleasant that people are also harboured for slavery’s sake. They harbour them and enslave them. They are restrained and under the control of their heartless and callous master working for them without being paid.

People are been harboured with the pretence of providing employment whereas they are being given arduous and irritating works to do. Some are harboured to wash the faeces of the aged women or men.

Some are to be sleeping and having sexual intercourse with dogs through which they can later be infected. Forcefully, some of the victims bathe for the deceased.

Poverty as a Factor

When discussing the causes of human trafficking, the contributions of poverty can never be left unmentioned. It’s is apparent that poverty lure some people into doing what they are not pleased with. A person who finds it difficult to get one meal a day will not hesitate in receiving any offer that seems to help or ease his affairs.

Ignorantly, these people think trafficking them from their country will ease their affairs but shockingly it worsens it. A person that has found life difficult will not think about the aftermath of an action before taking it, otherwise, they engage in human trafficking.

Illiteracy as a Factor

It’s of high importance that illiteracy has lured most people to human trafficking. Without giving it a reasonable thought, they engage in human trafficking because they are ignorant of the consequences and its backwash. An uneducated person can easily fall into the trap of the traffickers because of unawareness of what it encompasses.

An ignoramus who doesn’t know anything about human trafficking can easily be hoodwinked, bewiled, and trapped into this illicit act.

Sadly, we see some people joyously travelling to a foreign country with the aim of securing a good job, not knowing they would be enslaved. Most people because of their ignorance accept to be molested by idiotic and heartless traffickers.

Environment as a Factor

The environment consists of their father, mother, siblings, etc. It is an unarguable fact that the environment some people found themselves has contributed to them falling victim to human trafficking.

Some people wouldn’t have been victimized if not for the people they are surrounded with. Some people believe trafficking them out of the country is an opportunity to move out and also travel from the country, so they think of availing themselves of the opportunity and also advising and luring their relatives to do it. They think the best way to show they are at a high level is travelling out to a foreign land which later affects them.

The hindrances to securing a good lucrative job have been the reasons behind most people falling into the trap of traffickers. The Amount of graduates Nigeria produces each year is high to the rate of employment available for them. Institutions are built in large quantities but the quantity of industry established is very low.

As a graduate, after a huge amount of money has been spent in school, the next thing is to get a good job but the failure of this has definitely lured and pushed them to find alternatives and get to the hands of traffickers, even being educated. Some uneducated people also find means to get jobs and later being trafficked and coerced to do what they are not pleased with.

The sudden occurrence of disaster can actually lead to human trafficking. When there is conflict, there is the possibility that there would be economic instability and lack of human rights.

This undoubtedly gives room for traffickers to persuade and deceive people by promising them a good job. With the intention to have relief and ease, the people unthoughtfully fall victim, hence human trafficking arises.

Socio-Cultural Practices as a Factor

The social and cultural practices of a particular country can also cause human trafficking. The culture of some countries prefers bonded labour to be used in paying off debt (pawnship practice). In some places, selling children to traffickers is the norm, especially for poverty-minded, poor families.

This can lead to human trafficking. Social and cultural practices can also make some victims be dumped and refuse to open up and reveal their traffickers. This act is mostly rampant in Mauritania where children are used for the slave trade.

Some people look for means to travel out of the country and leave a good life but it has actually led to human trafficking for them. Most often, people think of travelling for economic opportunities but they are vulnerable to traffickers.

Some traffickers use deceiving ways to smuggle people out of the country for child slavery or for sex trafficking. Migrants looking for jobs in another country can as well fall victim of human trafficking. The traffickers use the opportunity to deceive them and promise them a good job and only for them to pay little or no money to them.

As the causes of human trafficking are mentioned above, the following measures can be put in place as the solutions which can help in combating the act:

If there is economic stability and enough business opportunities, the rate of human trafficking will be reduced in the country. The opportunity to get a good job will definitely help the citizens not to be victimized by the traffickers.

The rate at which people are lacking is worth giving attention to with a compassionate mind. Poverty, as one of the causes of human trafficking, can be curbed by empowering the less privileged citizen.

Providing them with a petty trade to engage in or probably investing them in a business that would fetch in money, this in no doubt will stop them of the willingness to travel to a foreign land where they are being enslaved and trafficked, hence it will stop human trafficking.

Raising of Fund for the Creation of Awareness

It is advised that the government create an avenue where people who are ignorant of this inhumane activity will be able to know what it entails; the process, the strategy used by the traffickers, the consequences, and its backwash. With this, all the citizens will be conversant of it and be knowledgeable of this cruel act. They should be aware of the signs of human trafficking. Hence, it will help combat human trafficking.

The government should be informed about how passionate organizations are to combat human trafficking and the help they can render for such non-profit organizations, For example, the Trafficking Victims Protection Act of 2000, for the cornerstone of anti-trafficking legislation in America.

With the application of the aforementioned solutions proffered, it is envisaged that the practice of human trafficking will be nipped in the bud in our society.