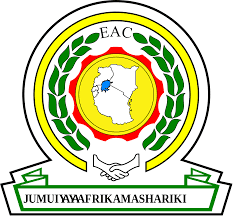 The East African Community (EAC), founded in 1999 by Tanzania, Kenya and Uganda, is an intergovernmental organization that aims to foster economic and political relations among its member states in the eastern part of Africa. It is an organization that has passed through diverse stages of development, ranging from its first birth and subsequent collapse in 1977, the reformation in 1999 by the three countries, Tanzania Kenya and Uganda, to the surge of its activism starting from the year 2000. Having countries like Burundi Kenya, South Sudan, Tanzania and Uganda, the significance of this regional organization has increased over the years because of his vital role in the integration of the member countries in all ramifications- culturally economically and politically.

Having headquarter in Arusha, the administration include the three arms of government:  the executive the legislative arm (Eastern African Legislative Assembly (EALA) and the judicial arm (East African Court of Justice), the three arms ultimately have been playing significant role in the facilitation of East African regional integration in one way or the other with series of achievements, this article seeks to explain the achievements of the East African community from Year 2000. There are series of policies and executions by the EAC that have tremendously enhanced the economic integration of this region and in return which has fostered unity and harmony in this region.

The aims and objectives of the organization include the creation of a common market dominated by a common currency, and afterwards, a common political federation. The protocol outlining plans for launching a monetary union within 10 years was launched in 2013 and alongside the committee that would champion the process of drafting regional constitution for the future (Republic of) East Africa was formed in 2018, opening road to development in all ramifications particularly from the 2000.

East African Currency Board has been able to provide a common currency (Shilling) after 1966 fostering economic integration of the member states. The Customs Union established by the organization is responsible for intense economic and political developments of this region for years. After the launching of a Common Market Protocol by Kenyan president, Mwai Kibaki in July 1, 2020 there began free movement of labour capital, goods and services within the EAC countries and good work permit fees for EAC citizens between Kenya, Rwanda and Burundi1, a development that will still be improved with the introduction of third generation ID cards2.

In addition, the economic relation has led to promotion of regional development and welfare benefits. For instance, the international trade between Kenya and Tanzania and the alignment of lower production of the Kenya firms as afforded by the EAC promoted intra-regional division of labour, mutual benefits of services as in provisions to Kenya and Tanzania (in education and health). In matters of international relation, the EAC becomes the speaker for member states in terms of negotiations with the third countries and notably the East African Legislative Assembly make policies regarding regional and international trade including EAC’s stand on issues such as World Trade Organization (WTO) and transport on Lake Victoria3.  As the speaker for its member countries, the EAC negotiated with the USA on the launch of Trade and Investment Partnership (TIP). It champions the establishment of East African single Tourist Visa to accelerate promotion of region as a sole tourist destination, despite different languages in this region (56 local languages in Uganda, 42 local languages in Kenya local Kinyarwanda in Rwanda, French in Rwanda and Burundi) Swahili has successfully been maintained as the future regional language of this region, though English remains the official language.

Finally, the East African High Commissions promote inter-territorial cooperation among member states (especially between Kenya, Uganda and Tanganyika territory) which has once been formalized since 1948. With abounding facts, the EAC has hugely contributed, and still contributing to the promotion and development of the EAC member countries’ specifically and (the regional) East Africa generally in all ramifications- economically,  politically and socio-culturally and others.