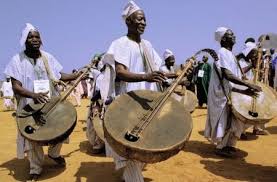 A summary from the lense of the 14th-15th century story

The early history of Nigerian societies was replete with relations. In fact, the social relations in a long run influenced the formation and consolidation of (centralized) states and also the emulation of formalized, enduring statehood practices of the people. Whether it would be linear or not, social relations in Nigeria had enduring impacts on the overall development of respective societies in all ramifications- politically, socioculturally, religiously, economically, and demographically.

The story may be of a powerful group that invaded a coveted geographical area, lived with the aboriginals, and later usurped power from the latter, or situational happenings of wars of conquests until the emergence of a powerful group. For instance, the early history of the Hausa and the Yoruba states.

Animism was indigenous to the Hausas, prior to the event of Wangara traders (Muslims, traders, and wanderers from the Songhai Empire) into their land. Like  Arewa, in the northern parts of the land, the religion of the time provided for an aristocratic form of government, as evidenced in Katsina, under the Durbin; Kano and its Gidan tsafi (house of Idols) among others.

The priest chiefs constituted the (collective) authority and they were intermediaries between the people and the gods.  Suddenly, the story changed with the advent of Wangara traders from the Songhai Empire. The powerful Wangara, having experienced an advanced political administration (of the Songhay Empire),  processed the needed war materials and wanted economic prosperity, waged  war against the Hausas and established central authority in Hausa land-  kingship institution (1)

However, Islam was not able to exist in its pristine form because the indigenous people still held to animism, therefore they were given space to co-exist with the kingship institution. The dual institutional political structure, also known as contrapuntal paramountcy, was set up. That is, while the lineage of the Wangara would be kings, that of the indigenous people will be chiefs.

With continuous social relations, there was the emergence of unified subcultures; Wangara traders in Hausaland, in a long run, spoke Hausa not Mande, their indigenous language. In fact, some terms in the Hausa language like Goro (kola nut), kudi (money), and others were of Mande origin.

The Wangara traders brought Hausaland trading activities to the limelight. The trade between Wangara traders and the Hausas was so intense that it led to series of developments like common currency (gold), the integration of Hausa and Borno economy,  and the introduction of several technical and technological developments.

Also in Yoruba land, there was a series of relations between the aboriginals and invading powerful groups. Oduduwa, who was credited as the Yoruba’s primogenitor, was not actually the first inhabitant of Ile-Ife, rather he was the leader of a powerful group, which overthrew the indigenous setting and established a central authority. According to I.A  Akinjogbin and E.A. Ayandele, “a monarchical form of government had developed with the perhaps a high degree of cultural attainments before the arrival of oduduwa.(2)”

Due to the weakness of Obatala, the leader of another group (which deserved to be called aboriginals) Oduduwa met in Ile-Ife,  he (Oduduwa) took over the power from him and established its hegemony by combining some kingship features (like crown-wearing) to his office. Notably, the Obatala followers were given function in the new political development, similar to what happened in Hausaland when the conquering Wangara migrants officed the indigenous chiefs in the new political development- the contrapuntal paramountcy.

Citation: Faforiji Tadese. Elements of Inter-Group Relations between the Hausa and the Yoruba States. (July 12, 2021). Tadexprof. Retrieved from https://tadexprof.com/2021/07/oral-traditions-elements-of-inter-group-relations-between-the-hausa-and-the-yoruba-states/