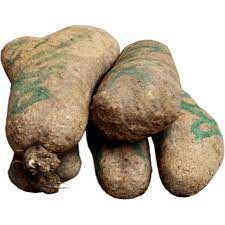 Odun Isu- Yam Festival is a popular festival among Akoko communities, Ondo State. Actually, this kind of festival exists among various ethnic groups in Nigeria entirely. When the festival is duly observed, the communities entirely start to eat yam. In an interview with Hon. Muhammed Absas of Afin-Akoko said it is taboo for anyone to eat yam in the entire community before the yam festival is celebrated, mostly during the rainy season when it is time to harvest yam.

It is wrongly believed by non-Akoko people that anyone who takes yam before the yam festival will die. However, this belief is far from the truth. In reality, some people secretly eat yams in their respective Aba-Oko in their farms before the general yam festival is celebrated. Therefore, this is just a popular culture among Akoko communities. When the yam festival remains two days to come, people go to farms to get yams. They show their yams to the public as they are coming. That is, instead of putting it inside an able container like apo (sack), they often carry it with hands or head, while packed in a basket, to the house.

This practice is not just a mere practice as thought; it has many implications among these Akoko communities, and Nigerian society in general. The first implication of this festival is the indigenization of yam itself. According to Hon. Muhammed Abass, yam is the only celebrated tuber crop because it is unarguable that a farmer will actually have a yam plantation, but not all will have cocoa or banana plantations. This also goes a long way in an examination of the economic history of Akoko communities. If other crops have been often stated as a product of the slave trades, especially the trans-Atlantic slave trade, it is no doubt that yam is an indigenous crop to West Africa.

Though no citation here, for an instance the Mande-speaking people of the Songhay Empire were said to have started agriculture around 3000 BC; they planted yams and gathered fruits. Also, the practice is used to encourage farming activity particularly. As at then, in order to encourage massive production of agricultural produce, this festival was used as the best strategy to achieve such. Therefore, youths were encouraged to engage in farming in order to increase production.