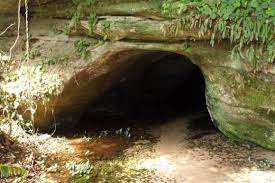 The word ‘Arochukwu’ brings confusion, not in its real meaning, but in the context in which it was being used. Arochukwu has geographical, ethnic, and religious meanings. It was a geographical area, and most importantly, an oracle. The Aro were the people of Arochukwu, that is, the peopling of Arochukwu. The Aro of Arochukwu were slavers, and slave merchants who immensely accumulated wealth during the trans-Atlantic slave trade.

Due to its influence, the Aro people were able to manage mercenaries contributed from other Cross River clans. These mercenaries became Aro’s agents and could be used to attack offending territories. That is, if a community was alleged to have committed crimes against the wills of Arochukwu, the Aro’s mercenaries were in the position to wage war against such people and enslave them for Arochukwu. Aro people were therefore a group of the Ibo clans to operate as an effective political unit, used the office of their oracle to get all that they needed.

A typical Aro’s agent would convince the peopling in the interior to consult his oracle. He made findings on any reported issues, and went back to Arochukwu to hint the oracle, and afterwards received the clients. Some of the rulings of Arochukwu were the request for slaves. According to the Pepple of Bonny, slavery was ordained by God and sanctioned by the juju priests.

Arochukwu here is a quintessence of a juju priest that sanctioned the slave trade. The Aro people bought slaves, and also embarked on expeditions. And notably, the influence of the Aro oracle over considerable geographical areas (of Ibo and Ibibio land) let them go scot-free ever through territories that were jealous of their economic activities. Therefore, there were two economic activities; the Arochukwu oracle and the slave trade.

When the slave trade was not yet a prosperous economy, the Arochukwu oracle demanded oil, gin, kola, and others. But the story changed with the development of the Atlantic economy, especially during the sixteenth to the nineteenth century; the Aro merchants manipulated the oracle to demand slaves, and these slaves were afterwards sold to the European slave traders at the coast.

“Slaves were marched from the north to the central market at Bende….later to the Imo river”. The Aro trading system was a formal, organized, and complex trading network that prevailed during the Atlantic slave trade. Its influence reached as far as Aban, Ohaffia, and Edda clans who contributed to the Aro mercenaries.

In other words, the Aro people bought, or sometimes, raid and captured slaves in the interior and sold them to the Efik merchants, who later got them sold to the European slave merchants at the coast. The Efik of the Old Calabar region were popular slave buyers and raiders who maintained good diplomatic relations with districts in the interior.

Some Ibos were taken into the Aro’s trading partnership, acted as the oracle agents, and intermarried with the Aro. Also, there were trading agreements with some Ibo groups, “especially the Ozo title holders of Awka, with whom they also intermarried.” The early twentieth century was not pleased with Arochukwu, as in 1901-02, it was destroyed by the British. But the people believed that Arochukwu could never die and that it had fled away and taken refuge in a cave in Okigwi, where it was still being consulted as late as in the 1920s.

Conclusively, the Aro people manipulated the office of the Arochukwu oracle for the attainment of their own economic interest; slaves were gathered from the interior, kept in the Arochukwu palace, and later sold to the British merchants, especially at the Bonny port.

Cite as: Faforiji Tadese. The Aro, Arochukwu, and the Slave Trade. September 02, 2021. Tadexprof. Retrieved at https://tadexprof.com/2021/09/the-aro-arochukwu-and-the-slave-trade/