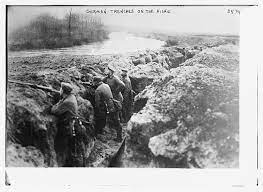 World War I broke out in 1914. It started in Europe and later spread to the whole world. The First World War was one of the most destructive wars to occur in the world. It led to the deaths of over 10 million people and about 20 million people wounded.

It rendered millions of women in France ‘husbandless’ and the numbers of orphans increased tremendously all over the world. For the first time, the whole world was involved in the war, which was fought on land, sea, and air.

The technological advancements of the powers intensified the calamities of the war. Major companies in Europe were deeply involved in the productions of raw materials like submarines, bullets, atomic bombs, guns, chemicals, fighter jets, airplanes and biological weapons. It was a multi-dimensional war.

The immediate cause of the war was the murder of the Austrian prince, Ferdinand II in Bosnia and Herzegovina in 1914. Austria demanded to investigate the issue surrounding the murder, while Bosnia rejected the proposal.

The Austrian government forced Bosnia to agree to the terms, and therefore, entered Bosnia and Herzegovina to investigate the issue. In a long run, this event led to the outbreak of war between the two states, and the trends in Europe fueled the crisis and escalated the matter to the international level.

Causes of the War

Many events actually led to the outbreak of the war. That is, the killing of the Austrian prince was just the immediate cause of the Great War; there were some causes that preceded the murder. Nationalism, imperialism and militarism actually set the basis and precipitated the First World War.

The Alliance System of 1870

The Alliance System of 1870, the imperialism between Germany and Britain, and the aggressive militarism of Germany, all led to the outbreak of the war in 1914.

The Alliance System championed by Otto von Bismarck of Germany was established after the Franco-Prussian War to isolate France, in order to prevent it from taking revenge on Germany.

The Triple Alliance comprised of Italy, Germany, and Austria, was an anti-French alliance that sought to suppress the rise of France by making her friendless in Europe.

When Otto von Bismarck was dismissed from office by Wilhelm II of Germany in 1888, France was able to make allies in Europe. The Triple Entente of France, Britain, and Russia was a challenge to the Triple Alliance.

By 1907, Europe was already bifurcated into two rival camps, and both blocs, especially the German-led Triple Alliance, sought to have a war that would checkmate the Triple Entente.

Killing of the Austrian Prince

And fortunately, Bosnia and Herzegovina, a state which had an affinity with Russia, killed an Austrian (of the Triple Alliance) prince in 1914. Germany, a traditional enemy of France and Italy, who coveted Tunisia which was then occupied by France, was eager to go to war against France to advance their interests.

However, Germany entered the cause lately and created tensions among the European powers. For an instance, “China was divided into spheres of influence by European imperialist powers”.

The Moroccan Crisis of 1905

However, the imperial power of Germany under Kaiser William II rejected the terms of the alliance and sought to diplomatically occupy Morocco. Unfortunately for Germany, in the International Conference of Algeciras 1906, only Austria supported Germany’s claim to take Morocco.

Also, the imperial powers of Germany and Britain competed for the expansion of their economies in South America. Both Britain and Germany captured markets of South American Republic in order to extend their markets.

The industrial revolution in Europe had already rendered the slave trade inhumane, and European industries that produced goods needed more markets. Therefore, there was a huge rush to Africa and Latin America in the early nineteenth century to secure markets for manufactured goods.

Also, the German naval activities and threats were a challenge to the British Royal Navy. The British government also did not lag behind in the cause of acquiring warships, just like Germany and other European powers.

There were intense military threats between the British and Germany. Germany dug “the Kiel Canal deeply in order to enable battleships to enter inlet.” Germany was very aggressive and offensive in her move of arms threatening Britain, which was very suspicious of Germany.

Both powers believed so much in their technological war materials, and abreast, the popular opinion at home wanted nothing but war.

Apart from Britain, which was a bit moderate, the European powers in the two rival camps especially took it as a compulsion to acquire venomous weapons to fight the impending war. Recruitment to the military service in most of the European countries was also compulsory.

After the murder of the Austrian prince, Austria, who had the allegiance of Germany, declared war on Bosnia and Herzegovina when it did not want to accept the Austrian terms to investigate the issue surrounding the murder.

The German navy sank a big passenger-liner carrying many Americans, Lusitania. And also Mexico was encouraged by Germany to attack the USA. Briefly, Russia left the war when the Bolshevik Revolution broke out at home and the involvement of the USA led to the defeat of Germany in the face of super ammunitions of the USA.

With many casualties, the Great War ended in 1918, and the League of Nations 1919 and the Versailles Treaty 1919 were established to manage the affairs of the aftermath of the war.