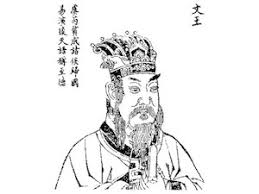 The international system of the Chou dynasty was arguably the first international system to exist in history. Unlike the followed international systems that existed after this Chinese system, it had three phases, periods, or developments over time; the Feudal phase from 1122BC-771BC; the Spring and Autumn period from 771BC- 403BC; and lastly, the Warring States period, from 403BC- 221BC.  Development in each period was not equal.

There were changes in all ramifications of the system- the boundary, political units, the structure, forms of interactions, and the rules of the system. Before I move to the examination of the Chinese system, it is pertinent to know what the international system is all about.

As these questions will be examined under the feudal epoch, so will be the other two phases of the system.

The clear-cut geographical definition of the Chou dynasty during the Feudal phase, also known as the Western Chou period 1122BC-771BC, extended over the territory of Huang Ho basin, the area around the popular Yangtze Rivers in the central part of China.

Although the Chou monarch maintained some forms of relations with non-Chinese elements outside the system, they were rather classified as wu (barbarians).

By the second phase, the independent states had already replaced the old setting that amounted to immeasurable influence on the Chou monarchy. There were free-flow contacts with people in India.

This did not mean any significant political development for the Chinese states. That is, the spread of Chinese culture did not result in any establishment of political organization with the Indian sub-continent.

And lastly, by the third phase, which was the Warring States period, emerged political units had already invaded and occupied some of the barbarian regions. Therefore the extent of the system reached as far as the eastern end of the “Shantung peninsula” and almost all areas around the Yangtze River were developed as “components of the system.”

During the first phase of the system, the Chou monarchy was the main (most significant) political unit. The dynasty determined land, titles, and other privileges for the vassal states. Notably, the other states after the Chou dynasty were mere vassal states that were complements of the system.

The monarch gave lands to feudal lords, nobles, and other notable titleholders (most of who were directly or indirectly related to the king) in return for taxes, dues, or tributes.

It was obligatory for the vassal states to contribute to the military of the Chou monarch to strengthen the military in capturing many barbarian areas, and bringing them under the central Chou monarch.

The second phase was unfortunate for the central Chou monarch as different states under the feudal lords started to grow strength against the central authority.

These feudal states used the mechanisms of the Chou dynasty to develop their respective areas and bounced up against the central Chou.

They built up a military of adequate personnel, constructed roads, executed large-scale irrigation systems and provided storage facilities. The essence of political organization was then conferred on the feudal states, rather than the central monarch.

Lastly, during the Warring States period, the complexity of the Chou system was higher than in the second phase. District powers also raised their areas against the feudal lords and proclaimed independence.

And sometimes, the feudal lords would form alliances with petty authorities of the local districts, waged war against near units, and merged them together with the feudal states. During the Warring States period, the political units in the system were profound.

Structure of the System

During the first phase of the system, the structure of the system was hierarchical having the Chou monarchy at the highest rung of the political order. The Chou dynasty during this period had a significant and dominating position over the other units in the system.

Territories were also created for the nobles by the king, and also military or civilian officers who served the monarch satisfactorily were awarded territories mostly upon their retirements.

These last territories directly served as the eyes of the monarch in the interior of the system. This was a strategic development by the Chou dynasty to silence revolution or disobedience.

Since it was believed that the king was “the Son of Heaven,” all the created states by the central Chou were obligated to contribute to all ramifications of the Chou dynasty, especially militarily.

Unfortunately for the Chou, the structure of the system took another direction during the second phase, that is, the Spring and Autumn period 771BC-403BC. It changed from domination into a system of “free interactions among the independent states, with no established or permanent hierarchy of power and influence.”

There was intense expansionist policy in 230BC that resulted in the existence of “powerful seven states, and three smaller entities.”

And to break the spine of the Chou dynasty, in 221BC, a powerful empire of Chin from the Han dynasty defeated and replaced the central Chou monarchy. Therefore, feudalism and the independence of diverse political units were destroyed.

The interaction did not flow well during the feudal epoch. It was parochial sorts of interactions flowing from the central monarch to the vassal states.

The feudal states in proximity actually had relations, but the most notable kinds of relations during this period were the “diplomatic and ceremonial engagements organized between the dukes, princes, and other nobility, and the central Chou monarchy.”

By the Spring and Autumn period, the feudal states had relations without passing through the central monarch. They had diplomatic and commercial relations majorly, even reaching the Indian subcontinent (though without any political organisation that had Indian elements).

Unlike the contemporary international system, there was no permanent diplomatic organisation, but “there weres arrangements of alliances, declaration of war, peace and maintenance of prestige in the system through ceremonial or military display.”

During the Warring States period, there were intense relations among diverse political units. The feudal states interfered in the internal politics of conquered territories.

Security was the major objective of the states. The Chin Empire of the Han dynasty dominated the affairs of the extant political units, by interrupting the domestic politics of these vassal states during the Warring States period.

Rules of the System

The guiding rules of the system during the feudal period were traditional beliefs and myths. The central monarch was revered because he was seen as “the Son of Heaven.”

There was a somewhat pattern of hierarchical relationship during the feudal period that vassal states were eager to get close to the central monarch in order to have some privileges over others.

The central Chou did not encounter any challenge because of this belief until 771BC when there was intense competition among the feudal lords to expand their states.

There was new order by the Spring and Autumn, and the Warring States periods. Independent states related based on equality and self-determination, “consent became the central factor for entering into inter-state obligations”, and as from 771BC upwards, the dealings of these states were based on equality.