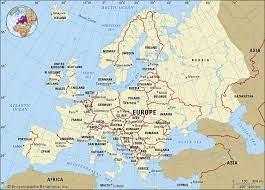 The year 1648 had significant legacies on the modern international system with the birth of a new state system. The Thirty Years’ War 1618-1648 ended with the Treaty of Westphalia of 1648. The treaty birthed new forms of political units that were, and still are, sovereign and independent states based on territory.

Unlike the preceded international system that had city-states as political units, the Westphalia treaty birthed new political entities that were independent and sovereign with a clear-cut geographical definition of the states.

Also, the European collective security system (the Congress System) of 1814 and the preceded Napoleonic Wars after the French Revolution of 1789 had enormous legacies in the nature of welfare, mobilisation of public opinion and emergence of new features into international politics.

The boundaries of the system were defined in terms of religion. It was series of relations among the “princes of Christiandom”. Although the princes had relations with the Ottoman Empire and there were established “colonies in North America, Latin America, the Caribbean, India and the East Indies.”

When it is examined in terms of travel and commerce, it seemed like a global system, but in reality, the system was mainly European relations, and the relations outside Europe were not as much as the former. The contacts with non-Europeans were regarded as barbaric or half-civilised.

The political units were centralised states who were defined based on their territory. There was no supernatural body, like the Church, that had influence in the domestic politics of the states.

The old era of feudalism collapsed with its political elements, and new sovereign states had emerged. France, for an instance, was a centralised state by the eighteenth century.

And also, there was the creation of new states. The major factor that led to the emergence of new states was nationalism. For instance, the states of Italy, and Germany (formerly, Prussia) fought for their unification from the big Austrian Empire.

There was no single power that dominated the affairs of the system. It was a multipolar system, the power was diffused among the dynasts; Austria, France, Britain, Sweden, Spain, Russia, Prussia, and Italy. The system was full of different sorts of diplomatic engagements.

There was the adoption of diplomatic strategies to advance the interest of the states. Although most of the states owed allegiance to the Roman Pontiff, it was a theoretical pledge; there was no form of subjugation or domination in the system. Equal states related based on the senses of equality.

The state could use all means to advance its interest, even in other sister states. Insecurity was a major threat to the states. Excessive freedom generated insecurity. There were many attacks and wars fought by the states.

There was communication among the states, though less developed and slower, in comparison with the contemporary international system. The significant interaction occurred among the European dynasts, and also others, in terms of trade, tourism and others.

There was trade warfare between the imperial powers, especially Britain and France and other imperialist states, who sought to develop their countries at the expense of other states.

The obnoxious trans-Atlantic slave trade thrived during this period; the European merchants bought Africans as slaves with European goods in order to engage them in the agricultural plantations in the New World. For an instance, there were grudges among these powers over attempts to monopolise the slave trade.

Also, there was the use of professional diplomatic corps that was permanently stationed abroad. The office was directly responsible to the home government in terms of negotiation, reporting, and moreover intelligence gathering.

The communication among the states was more advanced compared to the preceded historic international system like the Chou Dynasty, or even the Greek City-state System. Notably, commercial rivalry remained the only prevailing feature in the system.

Mercantilism, then regulating economic thought, promoted individual states’ accumulation of wealth at the expense of other states. Most of the wars fought during this period were mostly fought for commercial reasons.

War was another form of interaction in the system. Great Britain and Holland were at loggerhead from the 1650s and 1660s over navigation issues. Different sorts of policies were made by these mercantilist states to monopolise trade, and even forced colonies to buy from the mother states.

War was not seen as a destructive occurrence, but rather it was institutionalised and seen as an instrument to advance states interests.

Rules of the System

The rules that guided the inter-state relations were based on the principle of sovereignty, self-determination and equality. Only states were recognised as the actors, unlike the Feudal Era that amounted to exclusive authority to the church. Not even Holy Roman Empire, the pope, nor the church could interfere in the domestic politics of the states.

The claim of the church and the Holy Roman Empire to intervene in the domestic politics of a dynast became yesterday’s authority, the new political units, known as states, had the right to administer their states without any external interference.

Summarily, relations were based on sovereignty, equality, self-determination and others, irrespective of the states’ differences in terms of size, resources, forms of administration, and others.