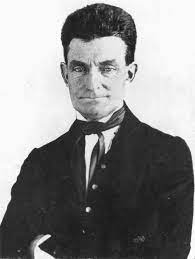 The latter part of the 18th century and the early part of the 19th century was a period of church survival in Britain and Europe. It was the age of liberalism, humanitarianism and philanthropic activities. The period also witnessed revolutionary ideas like liberty, equality and fraternity which were championed by the French revolution.

Missionaries at the Cape

The London Missionary Society (L.M.S.) was formed in England in 1774, and the society sent missionaries to the Cape of South Africa, like other missionaries, including the Wesleyan missionaries.

Dr John Philip was one of the notable missionaries that worked in South Africa. He arrived at the Cape in 1819. He was the superintendent of the London Missionary Society in South Africa. He helped to organise Griqua settlements along the Orange River. He championed the cause of the oppressed peoples of South Africa, especially the Hottentots.

According to Anene and Brown, “Foremost in the movement was the London Missionary Society and the important figure in the agitation was its energetic general superintendent, Dr John Philip. Philip believed that non – Europeans, whether Hottentots or Bantu, were capable of development to the highest level attained by Europeans”.

This view of Anene and Brown was further supported by other historians. Arthur Keppel – Jones commented on John Philip thus, “Within three years (after 1819) he (John Philip) had become the regular spokesman and avowed champion of the interests of the Hottentots”.

Through John Philip, the Cape Colony government appointed a commission of inquiry into the Boer – Hottentots relation in 1823. Between 1823 and 1828, Philip was in England where he petitioned the British government of the plight of indigenous peoples of South Africa, particularly the ill-treatment of the Hottentots and others like Bushmen and Bantu in general.

He equally influenced the missionaries in England as well as the Colonial Office, which in turn influenced the British government in having genuine considerations for the non-whites in South Africa.

It was because of this criticism that the ordinance was eventually abrogated. Through his efforts, various acts were passed which regulated the treatment and relations between the Boers and the Africans (i.e. Hottentots, Bushmen and Bantu).

Among the acts was the (50th) Fiftieth Ordinance, which was passed in July 1828. The ordinance made the Hottentots (San) and other indigenous groups to be equal before the law and it equally regulated the master-servant relationship; duration of labour contract which should not exceed more than one year and the treatment of the indigenous peoples were to be good and fair.

The 50th ordinance gave the Hottentots and the Bushmen freedom of movement and the right to purchase and own land. John Philip also made sure that a clause was inserted in the 50th ordinance, which made it impossible to erase, modify or change the contents of the ordinance without the British government giving its consent to such an alteration.

Another major contribution of John Philip to solve the problems of the indigenous peoples of South Africa could be seen in his activities to secure land for them. In the first instance, John Philip was bitterly against the annexation of lands belonging to the Africans.

He impressed upon the mind of Lord Stanley, the then British Colonial Secretary, to encourage Griqua chiefs to enter into treaties with the Cape government, with a view to safeguarding African lands from being annexed by the voracious Boers.

He also had it in mind that by this arrangement, there would be fewer frontier problems, as such chiefs would be saddled with the responsibility of securing or maintaining peaceful co-existence in their respective areas and in case there were cattle thefts, such chiefs would return the stolen cattle.

Following the sixth Xhosa or Kaffir war, the area between the Keiskama and the Kei rivers, which is called Queen Adelaide Province, was annexed by Governor U’Urban and was later given to the Boers so as to solve Boers’ land hunger. Dr John Philip was against annexation. He criticized the annexation in strong terms and reports were sent to England to reverse the annexation.

The British parliament in response to these reports from the missionaries led by John Philip set up a committee to look into the matter. So committed to the cause of Africans, John Philip went to London to give evidence before the committee. The decision of the committee was that the annexed territory (Queen Adelaide province) should be given back to the Bantu and the land was later given back to the Bantu in 1836.

The career of Dr John Philip clearly indicates the great impact that liberal and revolutionary ideas of the time had on the peoples of South Africa. It could be said, therefore, that John Philip helped considerably in improving a lot of the indigenous peoples of South Africa. It was through his untiring efforts and those of other missionaries that the Hottentots ordinance of 1809 was abolished.