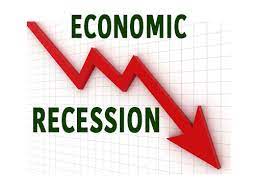 Economic depression is a situation where a country’s economy is experiencing financial turbulence, which shows the result of a period of negative activity based on the country’s Gross Domestic Product (GDP) rate.

Economic depression can be caused by aggravating consumer confidence that leads to a decrease in demand and which eventually results in companies running out of business. When consumers stop buying products and paying for services, companies need to make budget cuts, including employing fewer workers.

This is the major cause of economic depression in a country. Deflation emanates when there is an absolute reduction in the price of goods and commodities. This is caused when the consumer is no longer demanding enough goods because of affordability. Looking at it, deflation may seem to be good but it really affects the country economy.

Economic recession ensues when the consumers are no longer confident in the economy, they will alter their spending habits and eventually reduce the demand for goods and services. Consumer confidence is when the consumers have an absolute belief that there’s economic stability, but when there’s an absence of this there will be economic depression.

When the consumers are not having enough buying power, it leads to low sales in the aspect of the wholesalers, this will surely lead to a decline in manufacturing order and it causes economic depression.

The market is composed of stocks that investors own in public companies. Hence, changes in shareholdings can be a manifestation of economic conditions. When the stock market crashes, it can be a sign of investors’ declining confidence in the economy. When the shareholdings change, this will surely cause an economic depression.

Government’s Control of Prices and Wages

In a situation whereby government controls the wages and prices of companies businesses, there will be economic depression as this will lead to business lay off and the employees will be enjoying.

It is significant to note that economic depression can be controlled if proper measures and procedures are applied.

This involves the government’s approval of bank deposits and this in no doubt promotes the credibility of banks, hence economic depression is controlled. If there’s stable finance in the country, economic depression will be easy to curb and control.

When the interest rate of a country is lower, the consumers will be advantageous as they will be encouraged to spend more money. The policy involves cutting interest rates to encourage investment and borrowing.

This policy means an increment in the government’s allocation of money to infrastructural facilities and all other amenities they spend money on. This will surely reduce taxes or the combination of both.

Before there is an economic recession, there are always some omens that explain how the state of the economy will be in the years to come.

The Omen of an Upcoming Economic Depression

It is said that prevention is better than cure, before an economic depression, there are always signs and there are measures to put in place.

The first sign of an upcoming economic depression is inflation. Inflation is a good sign that demand is higher than supply due to wage growth and a firm workforce. Moreover, too much inflation will discourage people from spending, and it can result in a lowered demand for products and services. When there’s an experience of the high price of goods and commodities, it is a sign that there’s likely to be economic depression.

Declining property sales is when the home gadgets are reduced. When there is a decrease in the process of property, there’s a tendency that economic depression is on the way.

In a perfect economic situation, consumer spending is usually high, including the sale of homes. When the reverse is now the case, economic recession is around the corner

In a situation when the debts default rise, it usually denotes that people are losing their ability to pay. Surely, this is a sign of impending economic depression. When the people are no longer receiving credit compared to how they are being debited, it shows they don’t really have money.