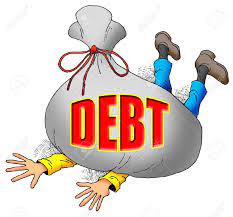 The African debt crisis and the root causes can be dated back to the era of the slave trade and the colonial era when Europeans exploited Africa’s resources and in some ways made them underdeveloped. Presently, in terms of economics, there is no getting away from the fact that Africa is relatively poor.

The last two decades of the twentieth century saw many parts of the continent come close to financial collapse. In terms of Gross National Product (GNP) Africa clearly produced less wealth for its people than other parts of the world.

“Today, despite a reasonable economic recovery since the millennium in most African countries, the relative statistics are still damning. The per capita gross domestic product (GDP) of sub-Saharan African in 2007 was still 56 times smaller than that of the United States”.

Colonial Rule and Exploitation of Africa

Unequal exchange and Non- diversification of the economy being the main cause of African debt can be rooted in colonial rule and exploitation of Africa. Since the partition of Africa in the congress of Berlin, Africa had been pawns in the hands of European countries that did a sort of political and economic invasion in African countries.

Africa before independence was rigged with political crisis and colonial exploitations, lands with natural resources was directly under the hands of colonial masters and raw materials were being carted directly through European shores and little was left on Africa lands. Technologically, and also in terms of civilization, Africa was said to be backward and seen to be a continent behind Europe.

Lots of projects were left undone by colonial powers and International organizations. Africa is poor due to a combination of factors both internal and external in the continent.

The Nature of the International Economy

A new neo-liberal school of thought tends to internalize the problem focusing blame on corrupt and inefficient African governments, others disagree. They claim that Africa’s problems can be more accurately explained by the nature of the international economy.

These scholars consider the underdevelopment to have continued into the post-colonial era, with the West still exploiting African economies through unfavourable terms of trade and unequal exchange.

These unfavourable terms of trade and unequal exchange made most African currencies lose value and devalue in foreign markets, thereby making African countries gain less from the sale of raw materials produced in their countries and the European (foreign) countries gain more from sales and foreign trade is monopolized and little or no alternative buyer.

African countries have no choice but to resort to European powers and accept huge loans with harsh interests and leaving some impoverished African countries poorer as most of these countries divert those loans on unprofitable ventures which yield little or no profits.

Overpopulation is one of the reasons African countries are getting poorer. As African grows in leaps and bound, the income per capita is reduced. Large population consumes the countries without even getting the resources to all, causing starvation in some parts of Africa.

Using sovereignty as our guiding concept, to what extent have external powers influenced the economic development of Africa in the post-colonial era and what has been the political impact of this intervention are the two major questions. We will have to first examine how underdevelopment adapted itself to the post-colonial era, how imperial inheritance left Africa somewhat disadvantaged in the modern international economy.

During the colonial years, limited development based on the continent’s primary sector had been undertaken (in agriculture and mining) and basic infrastructure was built to support this, yet the actual level of economic growth enjoyed in Africa was a scant reward for this activity.

Profits, on the whole, were exported to the West rather than being invested locally, this left independent Africa with highly specialized export economics a minute manufacturing base a lack of access to technology and populations where few are trained in the way of modern business, social services or public administration.

In short, Europe had indeed underdeveloped Africa; they are the major causes of African unequal exchange and debt crisis.

One of the major structural problems of this international economy in African states with highly specialized ‘monocrop’ economies usually producing just one, two or three commodities for export. The Rwandan economy for example, was dominated by coffee, while Malawi concentrated almost exclusively on tobacco and tea.

These countries had no other sources of major economic activity with which to generate additional income nor was there a substitute export available to mitigate against a bad harvest or a slump in a particular commodity market. What is more, given that there was little local demand for merchandise such as tea and coffee on the continent all these products had to be exported.

Africa, as a result, is totally dependent on the West to buy its products. This put West buyers at a considerable advantage, they operated so-called ‘closed markets’ which were used to depress prices in 1988, for example, the French transnational corporation, Sucden bought Cote d’ Ivoire’s entire cocoa harvest given that the GNP of Cote d’ Ivoire was almost totally dependent on this sale and that there were few alternative companies to sell to.

Sucden was always going to receive this cocoa at a bargain price. This helps to explain why the value of Africa’s exports fell on average by 20 per cent between 1980 and 2000 a situation that only exacerbated Africa’s problem of a lack of access to investment capital.

This structural inequity meant that the continent had to buy expensive Western manufactured goods with the income generated by the export of these cheaper primary products.

Escape to the Trap of Unequal Exchange

Until Africa is able to diversify its economies and manufacture its own raw materials, it will be difficult for it to escape this trap of unequal exchange. It is not however an impossible task.

The so-called ‘Asian tigers’ have made considerable economic diversification and considerable wealth has been accumulated, unequal exchange and non-diversification of raw materials explained while African’s continent’s poor economic performance in the post-colonial period.

Initially, African governments borrowed investment capital that they thought they could be repaid through future sales of primary produce. The mortgage future harvests and mining output for funds to launch Africa’s development process. The fall of price raw materials and that Africa’s mono-crop economies had no alternative sources of income made African government see debt repayment as a difficulty.

In conclusion, the Western power used loans to impoverish Africa knowing they were little or no chances to pay them back and huge interest paid on loans also crippled Africa’s economies. And the fact that Africans large population swallowed up resources made Africa very poor and unable to pay back loans and add more to their debts.

Omolusi Precious is a student of History and International Studies, Adekunle Ajasin University, Akungba-Akoko. He is currently a columnist on African Histroy Archives on Tadexprof.