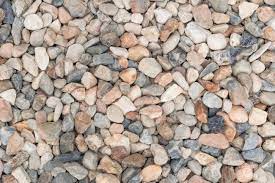 Ōgūn Òkúta was the first indigenous revolt to occur in Akure, which was during the era of colonisation.

“All states or polities have witnessed one event of a conflict or the other.” In other words, the current security challenges in the African continent (as is the case of Nigeria) are definitely not entirely peculiar to the post-independent era.

The eve of colonization in Nigeria was full of one conflict or the other, especially with the forceful acquisition of territories by the colonialists; there were a series of revolts and agitations by the indigenous people

In his work, titled “Contemporary Security Challenges in Nigeria: Historicising the 1931 ‘Ogun Okuta’ (Stone War) in Akure,” he examines the era of colonisation as a true reflection of the new security challenges in Nigeria, using the case study of Ōgūn Òkúta in Akure that occurred in 1931.

This work examines the Ōgūn Òkúta of 1931 in Akure with presentations of summary, photos and critical analysis of the events.

Ōgūn Òkúta was a case that has several likes in other states of Africa during the era of colonisation, especially, in the Gambia and the British Gold Coast (Modern Ghana) in which taxation was always one of the new policies and systems of administration.

The then Deji of Akure during this era was Afunbiowo Adesida I, who “knew he had to specially woo the new missionaries because he clearly saw them as a mighty turnaround that would transform Akure forever, and he was right.”

Therefore, the new Deji collaborated with the colonial officials in the introduction of new taxes in Akure (for the first time in the history of Akure).

This led to the war known as Ōgūn Òkúta ((the Battle of the stone pellets) initiated by the oppressed people of Akure; the palace was placed under siege and Kabiyesi himself was stoned by his own people for his move to collaborate with the colonial Government for introducing obnoxious taxation system

The Colonisation of Akure

According to Afe, precisely in 1897 (the same year the Benin people were massacred), a detachment of Hausa Constabulary was stationed in Akure under Lieutenant A.O.C Scott to effect the British administration in this place.

Eight officers continued to maintain the detachment until 1899 when Akure was placed under the newly established the North Eastern District of the Lagos Government. “The Native Authority Ordinance of No. 14 of 1916 formally constituted Native Authorities in Akure and other Western Provinces (Afe 2012, 201)”

However, after significant changes in the British Colonial Administrative in Nigeria, the District of Akure was merged with the newly constituted Ekiti Division.

Therefore, Akure became the Akure headquarters of the then newly created Ondo Province. Notably, the separation of Akure from Ekiti in 1946 was not without violent agitation. When Ondo State was created on February 3, 1976, Akure became the State Capital.

Significantly, since there is no monocausal event in history, some other factors also had precipitated the revolt.

These factors in one way or the other are likened to the same factors that have influenced the Niger-Delta crisis (the conflict in the oil-rich Niger Delta Area of Nigeria which arose in the early 1990s over tensions between foreign oil corporations and a number of the Niger Delta’s minority ethnic groups, particularly the Ogoni and the Ijaw, who feel they are being exploited. (Afe)

War (Ogun in Yoruba) is an organised and large-scale armed conflict between states, ethnicities, etc. usually involving the engagement of military forces (Wiktionary).

Resolution is simply the act or process of making analyses and resolution of a complex notion, conflicting/opposing action, “divergent ideas, views and interests, into simpler forms.”

Monarchy is a government in which the authority (sovereignty) is entrusted with a single personality and the position is usually hereditary.

Okuta is the Yoruba name for stone or a pebble. It is a hard earthen substance that can form large rocks (Wiktionary).

A direct tax system was introduced into the Southern Provinces of Nigeria by Lord Lugard, the Governor-General of the amalgamated Northern and Southern Protectorates by the Native Authority Revenue Ordinance of 1917.

This innovation led to a series of revolts against this system as the masses stormed their king’s palaces in places like Abeokuta, Iseyin and Ikirun.

In 1927, when the Ordinance was extended to Asaba and Warri Area, it resulted in protests and demonstrations in which one died at Sapele during a mass protest. “And in 1928, the Revenue Ordinance had been extended to cover the Eastern Province of the country.” (Article: The Aba Women Riot of 1929)

In Akure, the collection of these taxes led to a crisis popularly known as Ogun Okuta of 1931. The war was between “the people of Akure and its environs against the colonial government over the issue of ‘head tax’ which the people thought was being paid to the Deji, Oba Afunbiowo Adesida I, and that he single-handedly spent the money.”

Also, it was a common practice of all the Customary Court Clerk at this period that when anyone wanted to file a case, the litigant must bring some certain things which included: six shillings for the form, some tubers of yam, a cock, a load of firewood and a big bottle of locally made gin before consideration would be given to his case.

Not too long, Mr F. S. Adeoba, the court clerk informed the king about the increment of taxes to six shillings per head. There began massive detest and crisis against this judicial innovation. People began to question the king about the usage of the collected taxes so far

The Privileges of the King

Ogun Okuta, as stated above, was not a result of a mono-causality, rather it had some remote causes which was the foundation for the immediate cause that led to its outbreak in 1931.

The Privileges of the king, Oba Adesida I, was also a major cause of the war. In fact, the majority of the aggrieved leaders were not so much angered with the taxation increment, but because of the benefits the princes and princesses enjoyed during the period.”

The king was alleged to be using the community money to sponsor the princes and princesses in schools.

When the revolt was imminent, the king tried to let it off by making household consultations and appealing to the people. But unfortunately for him, it was too late to listen to him. And instead of listening to him, they became more energetically antagonistic and aggressive.

Oba Adesida I was once confronted by his son Albert Afunbiowo for overstaying on the throne. This might also be the view of the people of Akure who were outside the royalty and good supporters of Albert, considering the Deji an overstayed king.

Notably, Oba Afunbiowo also contested three times before he became the king. There should have been a lot of opposition to his rule, who will be waiting for things to put his rule to paid.

According to Prof. Afe, the king was 60 years old when he ascended the throne of his forefathers in 1897, and by 1931 during the crisis, he was 34 years on the throne and 94 years old. This also led to a great increase in the number of his oppositions.

The king would have been able to peacefully quench the revolt but the involvement of highly respected community leaders also contributed to the crisis.

These people also were respected not only for their activities in the community but also because of their metaphysical prowess (oogun, ‘charm’). Therefore, as a result of their qualities, their directives had a great influence on the people.

In a meeting between Akure people and the District Officer, Mr Akomolede, the spokesman of the people asked the D. O. the projects that the king had done with the collected money so far and concluded that unless the Deji could agree that each person should be paying three shillings or refuse to pay anything at all.

The D.O. insisted that the people pay six shillings by saying they did not understand the rationale behind the taxes.

On July 27, 1931, the D. O. in the company of Native Authority Police and tax collectors gathered at the Akure Native Court No I Hall with Oba Afunbiowo. They called the people and asked them to pay their taxes.

While some of them complied, Mr Akomolede refused to pay the reduced five and a half shillings and insisted that he could only pay three shillings.

Mr Akomolede was arrested by the N. A. police. The arrest led to the outbreak of the revolt. “On hearing this, the people of Akure threw stones at the king Deji Adesida I and the Resident, G. G. Harris inside the court (that was where the nomenclature of the war derived from Ogun Okuta).”

Being angered, they rushed inside the court, turned the tables upside down and destabilized the Court Hall. To bring this to an end, the N. A. police besieged Akure up to August 11, 1931.

They spent many months before some of the leaders of the revolt were arrested and after many indigenes were jailed and forced to go on exile. Lastly, “several farm products; livestock’s and other valuable goods were destroyed.”

To count away the deity and traditional aspects, parts of the concerted efforts used by the Deji, Afunbiowo Adesida to restore peace should be a typical strategy the Nigerian government can emulate and use to restore peace amidst the contemporary security challenges.

Oba Afunbiowo consulted and appeased the oracle for the peaceful resolution of the crisis. And also, he used the offices of his traditional chiefs and significant personalities to appeal to the leaders of the revolts. This aided the release of the leaders.

The people he sent were clarifying the issues surrounding their paid taxes that the king was not using them to send his princes and princesses to schools, nor did he spend it in the service of own self.

And also, the king threatened to abdicate the throne if the people did not allow peace. An abdication of the throne during this kind of situation was a taboo for the king. If such a thing had happened, the kingdom might have been engulfed in disasters that will be eternal.

In the end, peace was secured as the arrested leaders were released and the monarchy resumed duties without any kind of intimidation.

The was similar to the frustration of the Niger-Delta’s minority groups who thought they had been exploited by both “state and oil companies’ negligence and destruction of the Niger Delta’s ecology, which is the basic structure that supports life in the region.”

The crisis in the Niger Delta, the Boko Haram insurgencies and others should be approached using another strategy without relying on external aids. In the conclusion of the paper, it is stated that the “Nigeria internal security challenges can only be resolved through concerted efforts of its citizenry not relying on external military supports.”