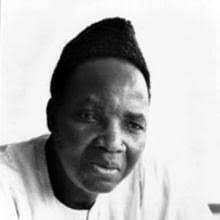 Given the political thought of Joseph Ki-Zerbo, his biography should not be shrouded in ambiguity because it relatively played a crucial role in the development of his personality which eventually became productive in influencing African Politics through the ideas and pragmatic examples he discharged.

Professor Joseph Ki-Zerbo was born in June 1922 and died on December 4th 2006. He was a Tanzanian scholar, a historian, and a writer who was politically active in Africa during his years- as he believed that Africa is well structured socio-economically and politically- and he was also a well-recognized contemporary African political thinker.

The foundation of Ki-Zerbo’s intellectual ability aside his belief was influenced by the French school and university system he went through during the colonial period.

However, it should not be oblivious that the process of Ki-Zerbo’s self-development and radical mind was greatly influenced by how he experienced in mind, body, and intellect the agonies of the various abuses that colonization inflicted upon the Africans.

Notably, Ki-Zebo graduated from the institution of political science in Paris, which gave him a solid foundation as a scholar.

He is a passionate reader, so much curious about traditional African and African Personality, and without exaggeration, the ideas, thought, theories and even pragmatic examples of which Ki-Zerbo dispensed especially during the years of decolonization had greatly influenced the scope and insight of many African including scholars, students, politicians and I inclusively.

Considering Joseph Ki-Zerbo’s strong ideology concerning Traditional African Personality.  It must be stressed that Ki-Zerbo believed in seeking both respect and calling upon tradition.

He emphasized the significance of viewing the past in as much it connects individuals to their roots, encourages them to realize where they come from, in order to know where they are going and how to get there.

He wrote a teaching manual called- Le Monde African Noire [Black African World] published in 1963. In this book, he challenged the common belief of Africa as a black continent without history and culture.

He claimed that Africans had reached an upper level of political, social, and cultural development before the Atlantic slave trade and colonization.

He further unravelled that this hierarchy of age and power- otherwise known as autocracy of the old- emerged into what was known as the cult of ancestral worship.

The elders in traditional African society were the supreme [political master of the city or tribe.    He also believed that the link with the ancestors provided strong motivation for patriotism and nationalism among Africans thus creating abound unity and oneness.

Obviously, based on this exposition on traditional African society and the significance of looking into the origin, tradition, and ancient African socio-political structure, Ki-Zerbo, therefore, pointed out the shape to which African politics should conform.

Haven considered the first idea of Ki-Zerbo on traditional African society- which was the hierarchy of age- he connected the dot and established another ideology with which African politics should be viewed, as he analyzed the significance of solidarity in social organization.

He believed that solidarity arises from the structure of African culture and economic organization, as he also believed and proved that African society favoured collective ownership of things and that the concept of individualism and private ownership was alien to African social organization.

This means he was pointing to the fact that political organization structured on solidarity and mutual responsibility is expected to experience considerable growth and development because ‘’one tree does not make a forest’’.

Subsequently, Ki-Zerbo also pointed out Egalitarianism otherwise known as equalitarianism. He argued that to each according to his need was the determining factor in the distribution of wealth in African society.

This is absolutely a great weakness or limitation to the political organization of Africa, especially during the dawn of neo-colonialism even till the present.

‘’The few determine and share the largest portion of the nation’s wealth ‘’ rating about 85 per cent [majority] to 15 per cent [few]. And as egalitarianism is concerned; it is the political doctrine that holds that all people in the society should have equal rights from birth.

However, considering the traditional African society, it is not to present Africa as the best of all, of course, Africa has had its tyrants as well as other nations throughout history.

Though traditional African society often included classes based on functional differentiation. For instance, the mason class, the blacksmith, and the warrior class.

But the fact is that in African property was common, there was a class that accumulated the capital property and reduced others to a state of mere tenancy, mere peasant or farmer whose toil was used to amass profit.

Like that of the French society prior to the revolution of 1789. This proves that the exploitation of man by man never achieved a state of a system in the traditional African society.

Joseph Ki-Zerbo’s thought in respect to African development and unity. He never considered the advanced development of the west as the most suitable for Africa, but rather looked inwardly to figure out a possible solution from the soil of Africa, which gave more validity to his intelligence and ideology as an African political thinker.

Joseph Ki-Zerbo gave a concrete analysis on Endogenous development. He disclosed that endogenous development does not mean ‘’autarky’’ like an enclosed ecosystem or state of personal self-sufficiency or just a mere reference to the past and traditional way of life.

Rather it implies self-assertion as a preliminary to any dealings with others. He further disclosed that for a long-time others have thought for Africa and they confined her to a position of being underage, sometimes even considering her incapable of knowing what she wants.

Ki-Zerbo refuses for Africa and the Africans, the reason for us not to do things our own way, to use our own legs, which of course does not object to international aid and cooperation among peoples; because contemporary civilization is seen as a global village with its necessary interdependence, nonetheless everyone must be the lord of himself and have their say without risk of being over-ridden and subjected to the dictates of few.

As a result, the kind of endogenous development he was referring to is self-development achieved through research training and practical action. As he quoted that [to sleep on another person’s mat is like sleeping on the ground]. He also further said ‘’ in many battlefronts, Africa only appear absent or undercover, preferring to be under the wing of a foreign country”.

He pointed out the fact that 85 per cent of research on Africa is conducted outside of Africa which shows that the continent is cut off from itself, and above all from it gray matters.

Therefore, the major and only what should be the focus of Africans is self-determination in order to achieve self-made development otherwise termed endogenous development.

And pragmatically the significance of his thought was seen in his exercise ass he was committed to the enhancement of African culture, and action to overcome an inferiority complex through the adoption of national language and positive interpretation of African history, education for democracy and for the defence of human right, development of technical education, vocational training and scientific research.

More significantly, the establishment he implemented was the organization called CEDA; the centre for African development in 1980 at Ouagadougou. And more also at the continental level, he founded CRDE; Research Center for Endogenous Development based in Dakar and its motto; we do not develop we develop ourselves.

In conclusion, the fundamental ideology that dominate Joseph Ki-Zerbo’s work and determined his life involvement could be summed up as self-determination, self-development, equalitarianism, and independence.

Most importantly Ki-Zerbo’s framework took its root from the African socio-cultural structure in which the uniqueness could be found in African personality rather than western culture and so-called civilization.