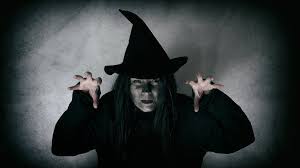 After the presence of the state university, Adekunle Ajasin University, Akungba-Akoko, Ondo State in Akungba-Akoko, the second notable thing that gives this place popularity is because of the incessant and very fatal, bloody accidents that had occurred in this region.

Recently, the Ondo State Government constructed iron barricades to stop heavy vehicles from passing through Akungba-Akoko, after students protested against continuous accidents, which led to the loss of lives, including students of the institution.

That is to say, by the special grace of God, and carefulness, there will never be any such an occurrence again.

There has been a recent focus on the peaceful community of Akungba due to the incessant accidents that had happened in the community.

A lot of superstitions, beliefs, have been claimed by several people to justify the incidents. For an instance, on January 23, 2021, a bloody accident occurred very close to the school’s main gate.

According to an unpopular claim of the incident which was secretly going viral among the peopling of the community and the students, the driver said ‘two mothers’ were dragging the steering with him from the Okerigbo- the hill that enters Akungba from Ikare-Akoko- until he was unable to withstand the struggle which led the vehicle to head directly to the place where tens of people have run to for safety, crushed few to death and injuring several peoples.

Does the spiritualization of those incidents the right justification? In an opinion-seeking post conducted by History Castle via their WhatsApp handle, on the 23rd of February, 2022, an indigene student shares his opinions about the attached spirituality of the occurred accidents. Data collected from History Castle (HCTV) are analyzed below:

HCTV: Between 2016 – 2022……. persons have lost their lives to several fatal accidents that occurred in Akungba-Akoko, Ondo State, Nigeria…………..about the spirituality attached to the accident…..

The Man’s Reply:  Excuse me, no spirituality; we only have a bad government. Merely looking, is the road not scary?

HCTV:  Now that Akungba is a safe place on earth. We need to let you know some facts that wow! In the last accident that killed not less than 8 people on Jan 23, 2021, very close to the school main gate, the driver claimed…..” the mother question.”

The Man’s Reply:  Bros, some trucks are not roadworthy and some drivers are driving with influence or under the influence. Some are overloaded beyond their capability. Two mothers dragging the steering means loss of control, but what do we call break failure, is it the same with two mothers? If the government intervenes then two mothers will disappear.

Although few accidents roughly occurred in 2016, from 2020 upwards, the occurrence has taken huge price making Akungba a potential focus for newspapers, bloggers and budding campus journalists, who rather see the incidents as a means to showcase their skill. There are also lots of distortions online about every occurrence, though there are some well-narrated stories.

The January 23, 2020 accident did not involve any house of any student. Rather, shops were destroyed and many people lost their lives. I am only trying to let us know there is usually added sugar to every story you are unable to witness yourself

But the so-called Jan. 23 has intuitively become a ‘black day’ due to the unfortunate occurrence and arguably being the bloodiest incidence we will ever witness since we resumed school in 2018.

When I heard about the incident, I quickly ran to the place to see, give a report and post, repost and that’s all. But my phone refused to function. I couldn’t do anything, and my body, of its own volition, started to shake for fear.

My friend and I left the place a few minutes before the accident happened. And even we planned to go back when I was done with prayer and charge our phone till 6 PM to 7 PM.

After performing ablution then I started to hear the horrible unending horn of the Dangote truck which later crushed shops, killed tens of people, including former Student Union president, Adesomoju Samuel and others, very close to the school main gate.

The governor, Rotimi Akeredolu, said  (in a statement signed by the Chief Press Secretary, (CPS) Richard Olatunde,) “the incident was not expected given the steps that had been taken to forestall such occurrence after the incessant accidents that have claimed indigenes and students lives in the past.

Now, iron barricades have been constructed to stop heavy vehicles from passing through Akungba. Currently, Akungba is a safe and peaceful place on earth. Students now have peace of mind to move from one place to another.

As shown on Vanguard Newspaper in 2020:

Adekunle Ajasin University, which was rated 3048th globally in 2019, is now rated 2876th globally out of over 29,388 institutions ranked.

In reaction, the Principal Assistant Registrar, Information and Protocol, and Head of AAUA Radio 90.3 FM, Mr. Victor Akinpelumi, said he was not surprised by the rating, saying, “This is the fourth time in recent years that AAUA has achieved this feat. This year’s edition is more cheering because we have leaped globally.”

We give kudos to everyone, including the unseen forces, the state government, the university management, the Alale of Akungba-Akoko, and ever-gallant AAUAites who made their aims come through. Lastly, what do you have to say about “the mother question?”