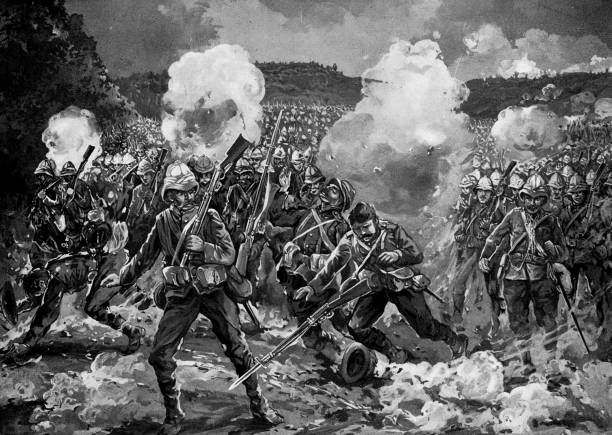 The Boer War broke out on a full scale in 1900. It was fought between Great Britain and the Boars of Transvaal (South Africa) and the nearby Orange Free State.

In the aftermath of the decisive military victory won by British forces, the Boers began to launch a guerrilla war. The British took action against the civilian population in response. They held over 100,000 people in concentration camps.