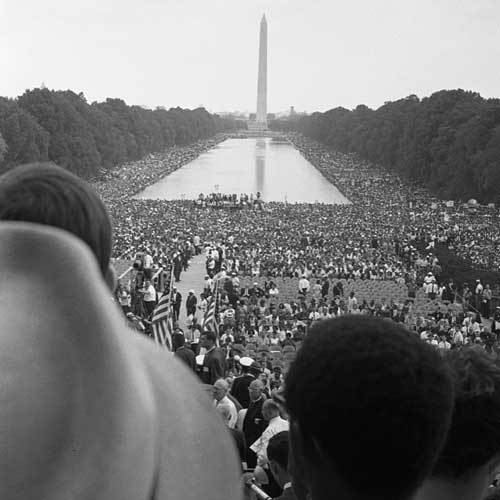 The entry of the United States into World War II caused vast changes in virtually every aspect of American life. Millions of men and women entered military service and saw parts of the world they would likely never have seen otherwise.

The labor demands of war industries caused millions more Americans to move–largely to the Atlantic, Pacific, and Gulf coasts where most defense plants located.

When World War II ended, the United States was in better economic condition than any other country in the world. Even the 300,000 combat deaths suffered by Americans paled in comparison to any other major belligerent.

Building on the economic base left after the war, American society became more affluent in the postwar years than most Americans could have imagined in their wildest dreams before or during the war.

Public policy, like the so-called GI Bill of Rights passed in 1944, provided money for veterans to attend college, to purchase homes, and to buy farms.

The overall impact of such public policies was almost incalculable, but it certainly aided returning veterans to better themselves and to begin forming families and having children in unprecedented numbers.

Not all Americans participated equally in these expanding life opportunities and in the growing economic prosperity.

The image and reality of overall economic prosperity–and the upward mobility it provided for many white Americans–was not lost on those who had largely been excluded from the full meaning of the American Dream, both before and after the war.

As a consequence, African Americans, Hispanic Americans, and American women became more aggressive in trying to win their full freedoms and civil rights as guaranteed by the Declaration of Independence and U.S. Constitution during the postwar era.

The postwar world also presented Americans with a number of problems and issues. Flushed with their success against Germany and Japan in 1945, most Americans initially viewed their place in the postwar world with optimism and confidence. But within two years of the end of the war, new challenges and perceived threats had arisen to erode that confidence.

By 1948, a new form of international tension had emerged–Cold War–between the United States and its allies and the Soviet Union and its allies.

In the next 20 years, the Cold War spawned many tensions between the two superpowers abroad and fears of Communist subversion gripped domestic politics at home.

In the twenty years following 1945, there was a broad political consensus concerning the Cold War and anti-Communism. Usually there was bipartisan support for most US foreign policy initiatives.

After the United States intervened militarily in Vietnam in the mid-1960s, however, this political consensus began to break down.

By 1968, strident debate among American about the Vietnam War signified that the Cold War consensus had shattered, perhaps beyond repair.

Arts and entertainment in the two decades following World War II showed both continuity and change. Radio remained popular, but a new technology–television–also became vastly successful. Indeed, television would make significant changes in many aspects of life in the United States.

As professional athletes returned from serving in the armed forces, Americans went out in record numbers to watch them perform. Yet professional sports would soon be changed forever with the integration of African American and white athletes into the same competitions.

The musical theater continued to thrive, with several eminent classical musicians crossing over into popular music to compose musicals.

Other musicians were creating a new form of music that became popular among young people–rock and roll. Despite the emergence of this new form of music in the 1950s, many people viewed that decade as a relatively uncreative one.

As the 1960s progressed, changes in society were reflected in changes in art and entertainment. Black authors wrote prolifically, often writing about the challenges of being African American in a society dominated by white racism.

Feminist writers called for equality between the sexes. Other writers, musicians, and artists examined the effects of the “establishment” on society and protested the war in Vietnam.

As you examine the documents that follow, look for evidence of both continuity and change in American arts and entertainment following World War II–and from this era until the present.

The Presidential Election of 1960

John F. Kennedy, a wealthy Democratic senator from Massachusetts, was elected president in 1960, defeating Vice President Richard Nixon. Though he clearly won the electoral vote, Kennedy’s received only 118,000 more votes than Nixon in this close election.

In his inaugural address, Kennedy said, “Let the word go forth . . . that the torch has been passed to a new generation of Americans-born in this century, tempered by war, disciplined by a hard and bitter peace, proud of our ancient heritage.”

This statement and Kennedy’s enthusiasm appealed to many young idealists. But Kennedy also had won the votes of many traditional Democratic voters-members of labor unions, African Americans, and members of other ethnic groups.

Some analysts see the 1960 election as a turning point in American politics. Following the election, some aspects of the political process seemed to have changed forever.

As you examine the documents listed to the right, look for factors that made the 1960 election different from preceding elections. What helped account for John Kennedy’s appeal? What set him apart from Richard Nixon and from previous presidential candidates? In what ways was he like other candidates?

Credit: the Library of Congress (Backlink)