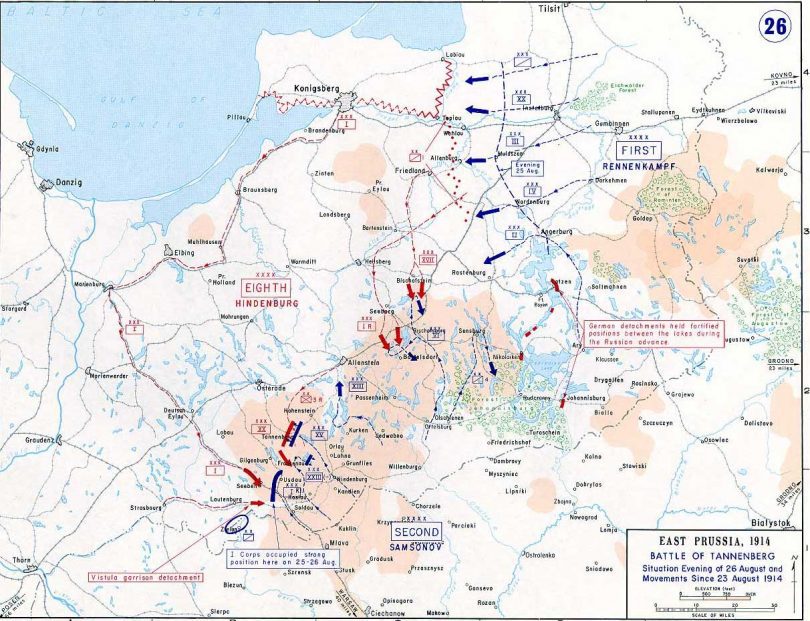 The British Expeditionary Force fought its first battel agains the German on starting on August 22, 1914. The British were vastly outnumbered but fought well delaying the German invasion into France.

The Battle of the Mons was the first battle the British Expeditionary Force fought and in fact the first time British troops had fought in Europe since 1854 and the Crimean War. The goal of the British forces was to stop or slow down the German advance.

The British forces were small. Both the Germans and French had armies of one million men while the British Expeditionary Force was made up of only 80,000.

They did have one advantage they were all professional soldiers who were exceedingly well trained. The British troops consisted of a Cavalry Division and Cavalry Brigade and two infantry divisions.

Advancing on the British was the Germany 1st Army. The 1st army consisted of four active corps and three reserve corps each with two divisions.

The British set up defensive position along the Mons-Conde Canal and at a right angle along the Mons-Beaumont road. On August 21, 1914 the first contact took place between the British troops and the advancing German troop.

On August 23 the Germans began a sustained attack on the British lines. The initial assault failed and the German were forced to withdraw. Their second assault was more successful, eventually forcing back the British troops from their advanced positions.

The British withdrew to their secondary positions, only to discover that the French Fifth army was retreating. The British forces were forced to retreat in an orderly manner while engaging the Germans, the most difficult of all military maneuvers.

The British army despite heavy casualties managed to disengage from the line and begin what became known at the Great Retreat. The British coast 1,800 men in the battle while the German had 2,145 dead and 4000 plus wounded.

The British army which was outnumbered 3 to one had managed to hold off the Germans for 48 hours and then orderly withdrew. Of course the tactical results of the battle was a German victory as their forces advanced deep into France after the battle.

However, the Germans did not advance as quickly as their plans called for thanks to the fighting withdrawal of the British troops.