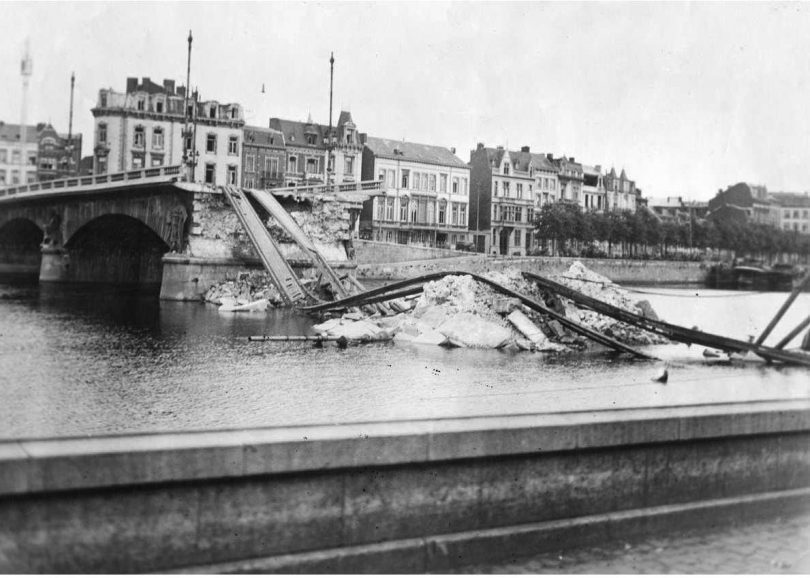 Germany invaded Belgium on August 6th. The first battle of the war was at the city of Liege. The Germans won the battle on August 16th. They went on to capture Brussels unopposed.

The German invaded Belgium and Luxembourg on August 6th, 1914. Close to the border was the city of Liege, where the Belgium army had built fortified forts to defend the city. The Germany were expecting to quickly capture the city.

The German advanced into the city but were forced to withdraw after facing stronger than expected opposition. When they failed to initially conquer the city the Germany decided instead to put it under siege.

That siege lasted from August 9- 16th . The German then attacked each of the forts surrounding the town, the last of the forts- For Hollogne and Femalle surrendered on August 16th, thus allowing the German to capture the town.

The Germans soon captured unopposed Brussels where the remainder to the Belgium army retreated to defend Antwerp . The Germany then advanced south to French border.