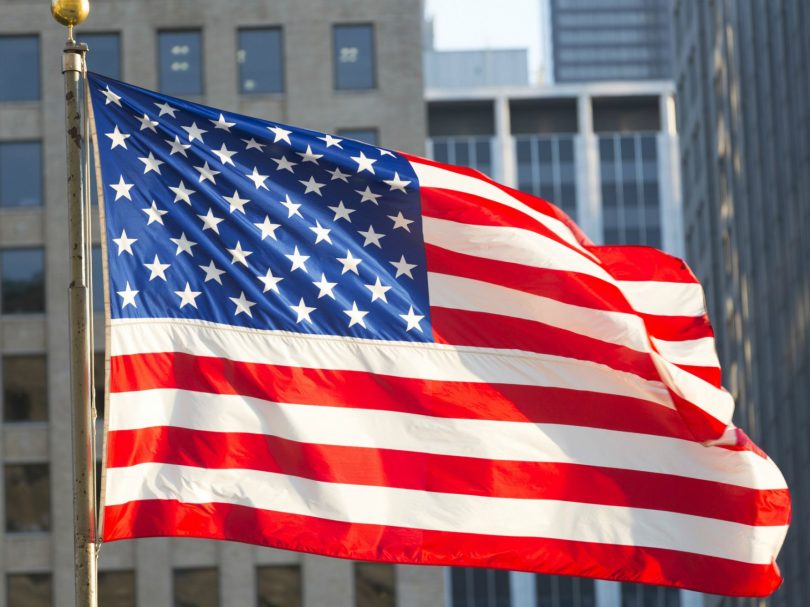 For most of the 19th century, especially towards the end of the century, the American nation and people developed a complete lack of interest called a languid interest in international politics.

The primary focus of the Americans rested on the following: domestic politics, westward expansion and industrial development.

Apart from the foregoing, however, there were other factors, which made Americans to care little for the external environment. There were three other principal factors.

First, the Atlantic Ocean served as a strong buffer between her and her neighbours. Secondly, the strong British navy had more or less thrown a ‘cordon sanitaire’ (a protected shield) between her and the powerful European powers.

Finally, America herself was surrounded by very weak neighbours in the western hemisphere.

In spite of the fact that the Americans did not develop any strong desire to play key roles in the international environment, there were still those who tried within different American administrations to make America interested in foreign adventures.

Another who tried was the Secretary of State, William Seward, who tried as from 1866 to get the United States to show interest in the British Colombia. While he was trying to show the annexation spirit he got hear of the desire of the Russians to sell their territory known as Alaska.

Thus, in 1867, the Secretary of State succeeded in purchasing Alaska for 7.2 million dollars, while the Russians had grown tired of the rich potentials of Alaska in terms of crude oil and other natural deposits.

By the time America had finished purchasing Alaska, the British Colombians on the other hand voted overwhelmingly against the inclusion into the United States of America. In 1870, British Columbia joined Canada.

The successors of Seward in the administration of the United States of America, especially in the state department also recognized the desire to develop dynamic foreign policy.

One of the major interests of Seward was the economic benefits that could be derived from such adventure. He had particularly been interested in the Pacific and Asia as important market centres.

His successors, therefore, recognized the importance of the Pacific Islands in the strategic and economic calculus of the United States.

As a result of this, two Islands became of great importance to the United States. These were the Islands of SAMOA and HAWAII, otherwise known as Sandwich Islands.

The Americans were in search of coaling stations for their vessels as well as avenues for their markets. In 1878, they entered into an agreement with Samoa on bilateral relations.

This was later extended to grant a naval base to the Americans at PAGOPAGO. In a similar development, the Americans, by 1887, also extended the relationship between them and Hawaii to include the establishment of naval base by the United States of America at Honolulu.

In the 1890s, the ascendance of Queen Liliuokalami as the reigning monarch in Hawaii changed the relationship between the two friends. She especially hated the dictatorial tendencies of the United States of America.

She, therefore, reneged on the agreement between the two. In response to this, the America planters on the Island sponsored a coup, which overthrew her administration and proposed under the new administration to become part and parcel of the United States of America.

President Harrison of the United States, however, rejected the proposal, which he regarded as unfair and unconstitutional.

Towards the end of the 19th Century, there developed a new move by a new generation of Americans to get the United States interested in foreign adventures.

This could be regarded as the intellectual origins of America’s foreign adventures.  For instance, the work of Fredrick Jackson Turner on the frontier in American history written in 1893 sufficiently served notice to the Americans that the spirit of the Manifest Destiny may gradually come to an end with the end of the expansion in the west.

As a result of this desire to keep the spirit of Manifest Destiny alive led to the obvious conclusion that America must also look for territories abroad.

This became almost inevitable when Americans recognized the fact that the European nations that were industrialized were scrambling for territories abroad, both for their finished goods as well as for raw materials.

In the naval forces, the activities of Captain Alfred Mahan mentioned above was enough to encourage the United States to participate in foreign adventure.

In the 1890s, he authored a powerful book, “The Influence of Sea Power upon History” and the book succeeded in drawing the interest of the government and the citizens to the great potential of the United States.

As a result of his writing and the acceptance of his logic by the government and people of the United States of America, the United States commenced the expansion of the navy in preparation for its role abroad.

There were others who also rail roaded the United States of America into the external environment. These included congressmen, religious leaders as well intellectuals.

For instance, Josiah Strong, a congressionalist was at the forefront of those who believed that the Anglo-Saxon race had a spiritual role to play in the civilization of other people all over the world.

He stressed the fact that the United States of America was defined to play a major role in this regard. Likewise, John Fiske, a historian, also in his writing advocated for the involvement of the United States in foreign adventure.

By 1898, therefore, the mood of the average American had been so affected or influenced by an array of opinions to make the involvement of the United States of America in the international affairs a widely popular phenomenon.

The Emergence of the United States as a strong force in the international environment came late in the 19th century. The first focus of a dynamic and aggressive American Foreign policy was the Spanish problem in Cuba.

Towards this end, the United States of America destroyed Spanish forces not only in Cuba, but also in the Philippines and the Island of Guan as well as Puerto Rico.

After the conquest of the Spanish territories, the United States, it appeared, had tasted blood. She now became aggressive in the search for further conquests.

The next item on the American agenda became Panama, which was then under the control of the Colombians. The United States was interested in constructing a canal across Panama, which would give her, an access to the Pacific.

The Colombians who were in charge of Panama, however, insisted on 25,000,000 dollars as the price of the canal and  250,000 dollars annually as rentage.

The United States was very angry at the Colombian attitude and the American President constantly derided the Colombians as ‘The Corruptionist at Bogota’.

After the Panama episode, the United States of America also became involved in other parts of the world and these included Japan, China and Africa. In actual fact, she participated actively in resolving the Agadir Crisis.

This was the crisis between the French and the Germans over Morocco in 1904/1905. By 1907, the United States of America had succeeded in building a formidable naval power, which was second only to that of Great Britain.